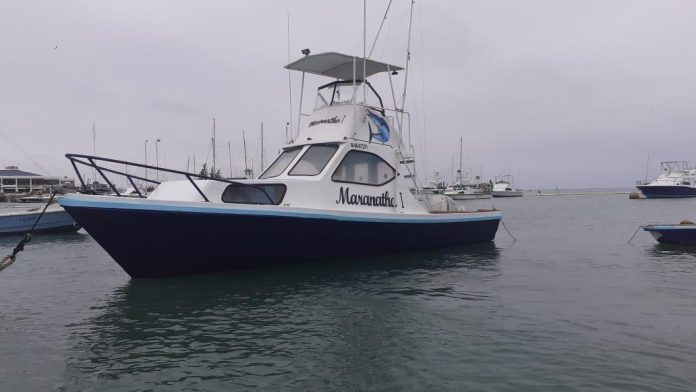 Ecuador is one of the world’s great overlooked deep-sea-fishing destinations. The ocean is remarkably rich in marine life thanks to the Humboldt Current, which pulls nutrients off the ocean bottom through a process called upwelling, keeping the water full of plankton. A vibrant food chain ends in massive marlins, sailfish, sharks, and whales. Our country has few sport-fishing operators, but our catch logs are as impressive as those of charter boats in the Caribbean, Mexico, or Costa Rica. The Galápagos archipelago and Pacific coastal waters hold abundant Pacific sailfish, tuna, wahoo, mahimahi, and blue, black, and striped marlin.

The calmest conditions are from December to May, but the fishing stays good from June to November, when it can be chilly in the Galápagos. Temperatures are more consistently tropical along the coast, where marlin and sailfish abound.
The Humboldt Current creates one of the world’s most productive nutrient-rich waters that rise along the coast. This is a perfect condition for abundant plankton which leads to an eco region that teems with huge schools of small fish like anchovies and sardines.

Five IGFA world records for Pacific sailfish come from Ecuador including a 221 pounder. Sailfish are not as common as striped marlin and blues, but the ones in Ecuador often border on the 200-pound mark. Though most of Ecuador’s Blue Marlins average 300 to 400 pounds, some can be huge such as the 1,014 pound Blue Marlin caught out of Manta that held the world record for 17 years.

In season, few places can match the opportunity to catch so many different species. Striped marlin, blacks, blues and gigantic sailfish commonly pounce on the huge horse ballyhoo the local boats use. For example, the 2001 Salinas Yacht Club tournament saw 29 boats raise 367 bill fish, catching and releasing 158 in three days.

We recommend fishing at least three days in Ecuador. If you get a day of bad current, you are also likely to have hit a couple of incredible days.

It is approximately a 90 minute scenic drive from Manta to Bahia de Caraquez.